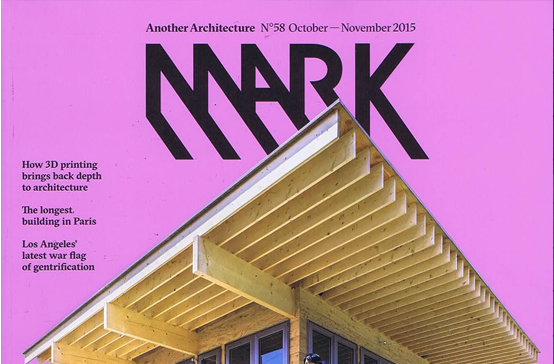 Come up and Play

In the heart of Brussels, on a site with major constraints, two Belgian firms joined forces to realize an award-winning childcare centre. Nieuw Kinderland, which accomodates 68 toddlers,occupies the second floor of an existing educational complex that spans over two blocks and includes a music academy, an after-school care facility and three additional shools. Integrating a new function into this piece of urban fabric posed a programmatic , organizational and architectural challenge.The team used spatial ‘scraps’ of the neigbourhood to come up with a sustainable,innovative solution.

Adressing the site’s limitations with regard to circulation and size, Burobill and Zampone architectuur designed a long concrete ramp that connects street level and first floor. One result is a ‘buzzzing mix of children and parents’ arriving at the nursery and the adjecent primary school.  The ramp doubles as a canopy that shelters the courtyard of the primary school below. A sculptural spiral stair continues to the second floor, where the aesthetic of the concrete ramp is echoed by a projecting balcony that gives the nursery the additional outdoor space. This expressive curvilinear element rests on a modular system of diagonal beams supported by columns, an ensemble that is clearly visible from the street. Completing the picture is a contribution by artist Benoît van Innis, who designed floor tiles in evocative geometric patterns of black and white. Inside, more tiles by Van Innis are playfully colourful,emphasizing the domestic atmosphere of brightly illuminated spaces filled with natural light entering through wood-framed windows. Resonating with the decentralized approach that Aldo van Eyck took to his design of the Amsterdam Orphanage (1960), Nieuw Kinderland dispenses with standard corridors in favour of interlocking rooms and outdoor play areas : the sprawling, nonhierarchical layout cradles tiny tots in a safe environment bursting with innumerable chances for interaction.